The Center sponsors annual Davis, Richmond, and Weiss lectures. These lectures are delivered by distinguished scholars who typically spend at least a fully day on campus. In addition to a public talk, the lecturer may give a more specialized colloquium, speak to a class, or meet with interested groups of faculty and students. 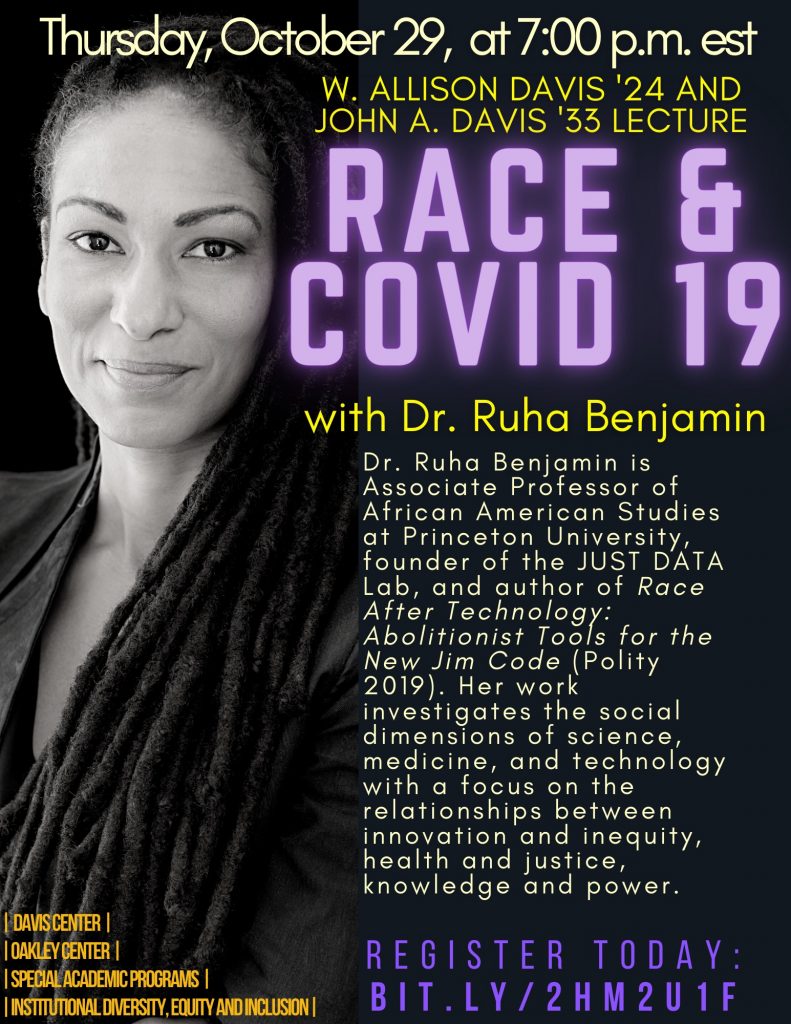 The W. Allison Davis 1924 and John A. Davis 1933 Lecture commemorates the remarkable work of two distinguished scholars, brothers who, throughout their adult lives, made important contributions to equal rights and opportunity in the United States. Allison Davis, valedictorian of the Class of 1924, was a pioneer in the social anthropological study of class and caste in the American South. John A. Davis pursued wide-ranging political science work on race in both the United States and Africa. The Davis Lecture is delivered each year by a scholar whose work concentrates on some aspect of race, class, or education in the United States.

See our Covid-19 website for strict health and safety protocols for those who remain on campus. All Williams College buildings are closed to the public and visitors until further notice.

No events are listed.