The Oakley Center was established in 1985 to support research across the humanities and social sciences, with a special emphasis on interdisciplinary work. Since that time, it has come to play a vital role in the scholarly life of Williams College. The Center provides a meeting place where faculty and administrative staff can pursue their intellectual and research interests. It sponsors many events and programs throughout the year, some exclusively for faculty and staff and others for the entire campus and the wider public.

Given the uncertainty around making research plans next year, we have extended the deadline to apply for 2022-2023 Oakley Center Fellowships to Monday, May 16. 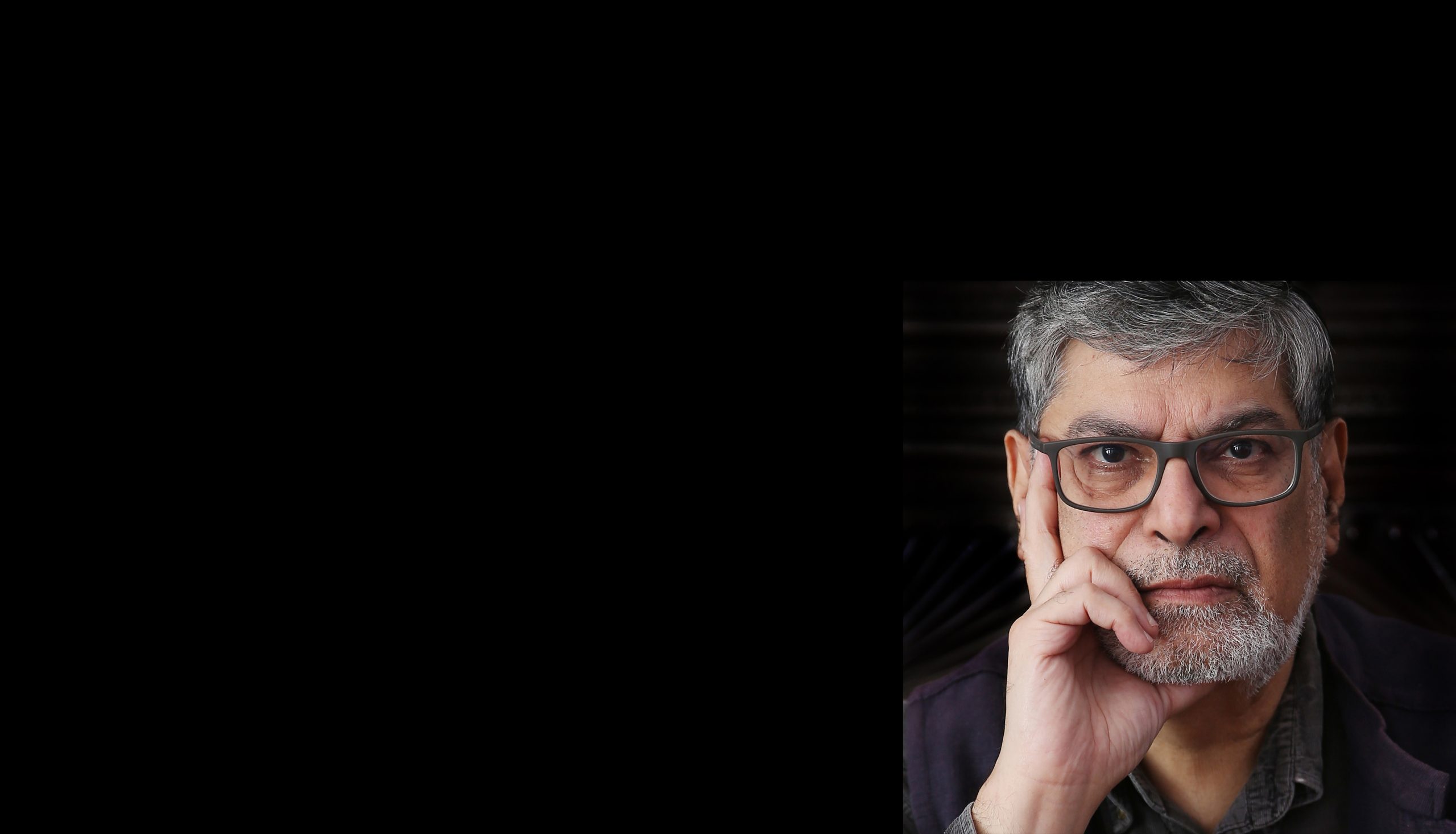 Thinking Through the Pandemic: A Perspective Through Photographs

Rustom Bharucha is Professor of Theatre and Performance Studies in the School of Arts and Aesthetics at Jawaharlal Nehru University, India.

The Free World: Art and Thought in the Cold War

The Cold War was not just a contest of power. It was also about ideas, in the broadest sense―economic and political, artistic and personal. In The Free World, the acclaimed Pulitzer Prize–winning scholar and critic Louis Menand tells the story of American culture in the pivotal years from the end of World War II to Vietnam and shows how changing economic, technological, and social forces put their mark on creations of the mind. 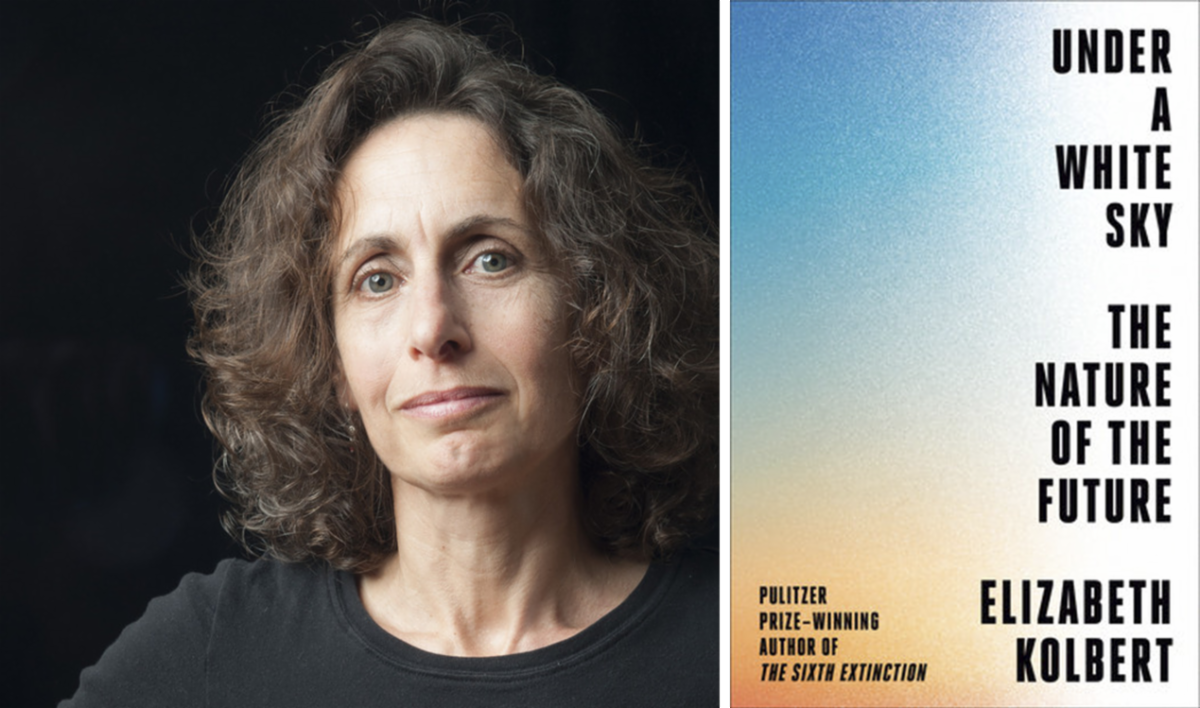 So pervasive are human impacts on the planet that it’s said we live in a new geological epoch: the Anthropocene. In Under a White Sky: the Nature of the Future, Elizabeth Kolbert takes a hard look at the new world we are creating. Along the way, she meets biologists who are trying to preserve the world’s rarest fish, which lives in a single tiny pool in the middle of the Mojave; engineers who are turning carbon emissions to stone in Iceland; Australian researchers who are trying to develop a “super coral” that can survive on a hotter globe; and physicists who are contemplating shooting tiny diamonds into the stratosphere to cool the earth. One way to look at human civilization, says Kolbert, is as a ten-thousand-year exercise in defying nature. In this work she examines how the very sorts of interventions that have imperiled our planet are increasingly seen as the only hope for its salvation.

The Pulitzer Prize–winning author discusses her new book, Under a White Sky, which returns to humanity’s transformative impact on the environment, now asking: After doing so much damage, Elizabeth Kolbert wonders: can we change nature, this time to save it? 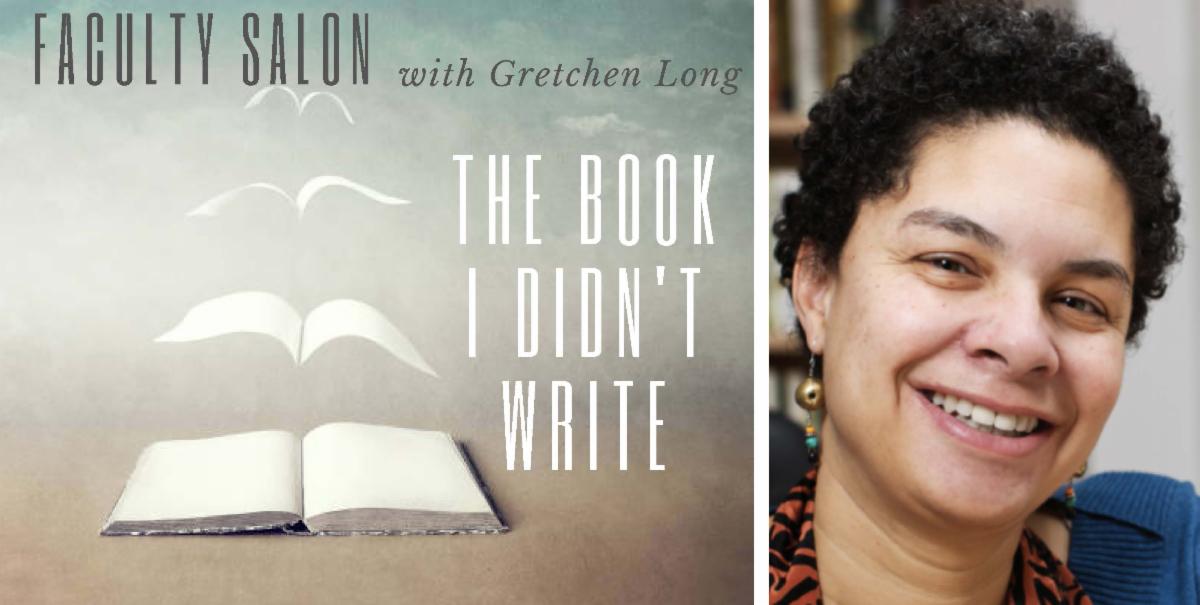 The Book I Didn't Write: An Oakley Salon with Gretchen Long

Our published work has never been easier to access, a quick google search away. Harder to find, and more intriguing, is the work we haven't written. In this discussion we'll consider scholarly lives unled: long-shot ideas for future works, projects dreamed of but laid aside, or a book we would like to have written, if it hadn't already been written by someone else. Join us for a discussion of alternate scholarly paths.

A new and highly informal series of gatherings this year, the Oakley Salon brings together small groups of faculty to talk about their scholarly and creative work in a casual setting over tasty snacks and drinks.

Gretchen Long is the Frederick Rudolph '42 Class of 1965 Professor of American Culture in the History Department at Williams College. She received her B.A. from Wesleyan University, and her Ph.D. from the University of Chicago. She is the author of Doctoring Freedom: The Politics of African American Medical Care in Slavery and Emancipation, and is currently working on a project about black women and food on the antebellum plantation. 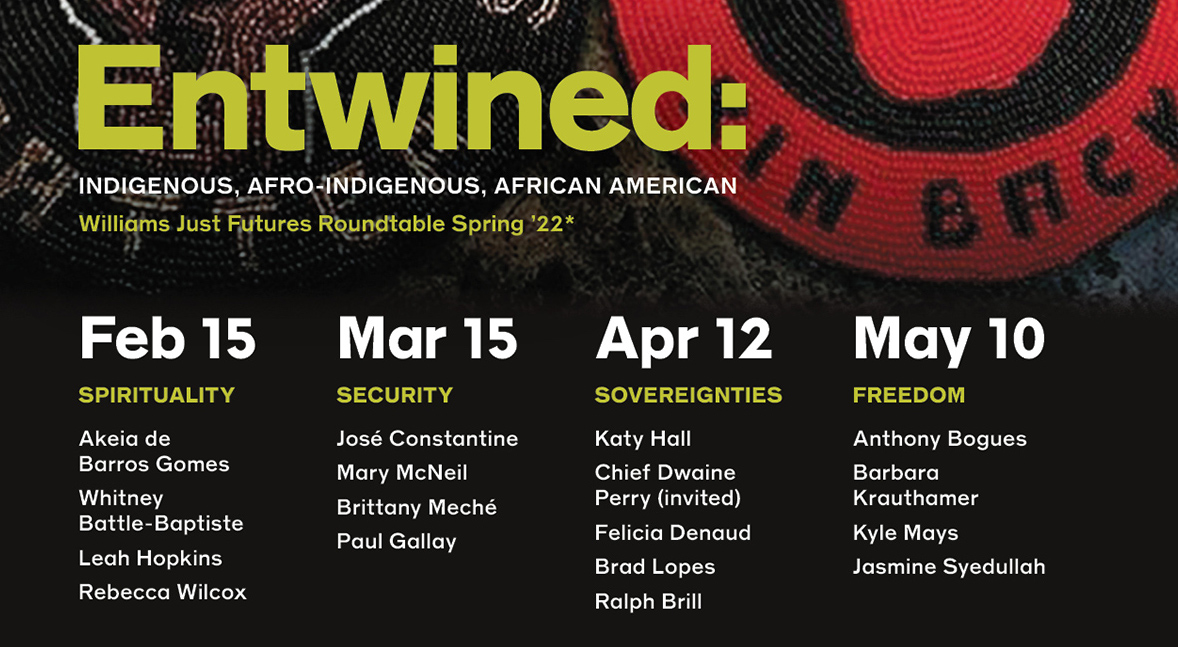 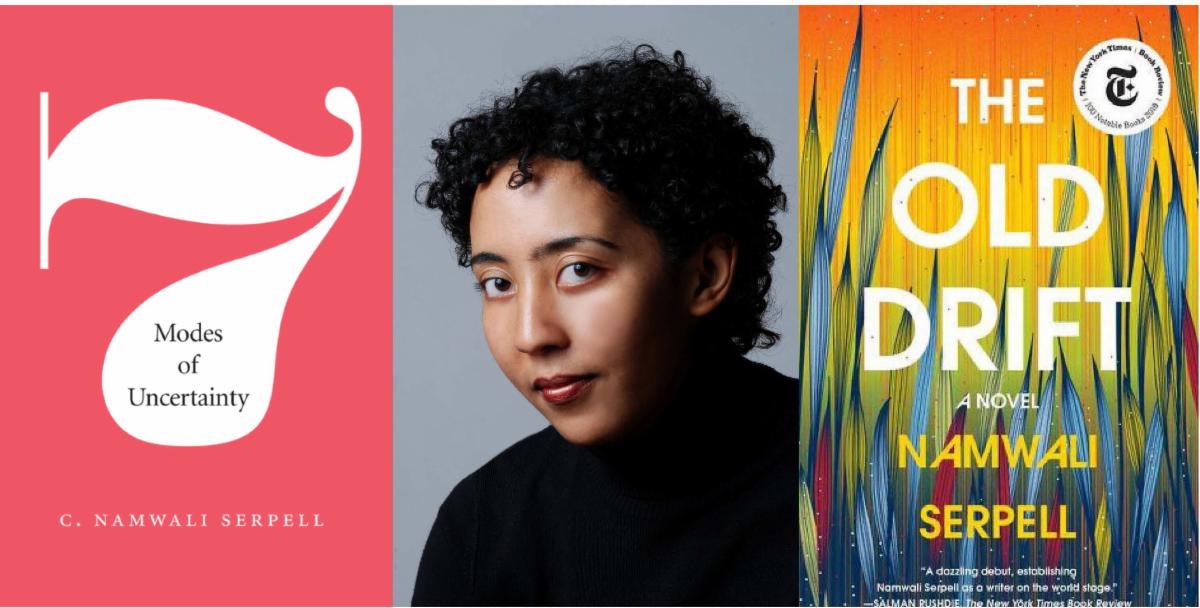 Join us for a conversation with Namwali Serpell about adaptation, media, and the figure of the "Whore" in Émile Zola's 1880 novel Nana, Janicza Bravo's 2020 film, Zola, and the 2015 tweets by A'Ziah "Zola" King on which the film is based.

Namwali Serpell's first novel, The Old Drift (2019), won the Anisfield-Wolf Book prize for fiction “that confronts racism and explores diversity,” the Arthur C. Clarke Award for science fiction, and the Grand Prix des Associations Littéraires Prize for Belles-Lettres. It was named one of the 100 Notable Books of 2019 by the New York Times Book Review, one of Time Magazine’s 100 Must-Read Books of the Year, and a book of the year by New York Times Critics, The Atlantic, NPR, and BuzzFeed. She is Professor of English at Harvard University.

Accompaniment in the Time of Covid: A Comprehensive Public Health Approach
The Annual Weiss Lecture delivered by Ophelia Dahl

Ophelia Dahl co-founded Partners In Health (PIH), a global health non-profit dedicated to delivering high-quality care to the poor. PIH, which began in Haiti’s rural Central Plateau, now serves millions of patients in ten countries on four continents around the world. PIH’s community-based model has helped to redefine what’s possible in health care delivery in settings of poverty, proving that HIV, multi-drug resistant tuberculosis, and other diseases that stalk the poor can be effectively treated in communities from Peru to Rwanda to West Africa. Ms. Dahl led PIH as Executive Director for 16 years, and now chairs its Board of Directors. She continues to write, teach, and speak about the health and rights of the poor, moral imagination, and accompaniment.

Ms. Dahl also helps to lead the Roald Dahl Literary Estate, which manages the works of her late father, the writer Roald Dahl. She is a Director’s Fellow at the MIT Media Lab, and a Trustee of Wellesley College, her alma mater. Ms. Dahl is a recipient of the Union Theological Seminary’s Union Medal and, together with her PIH colleagues, the Hilton Humanitarian prize.

Sponsored by the Oakley Center for Humanities and Social Sciences, the Andrew B. Weiss, M.D., Lecture on Medicine and Medical Ethics was endowed by the late Andrew B. Weiss ’61 and his wife Madge Weiss. 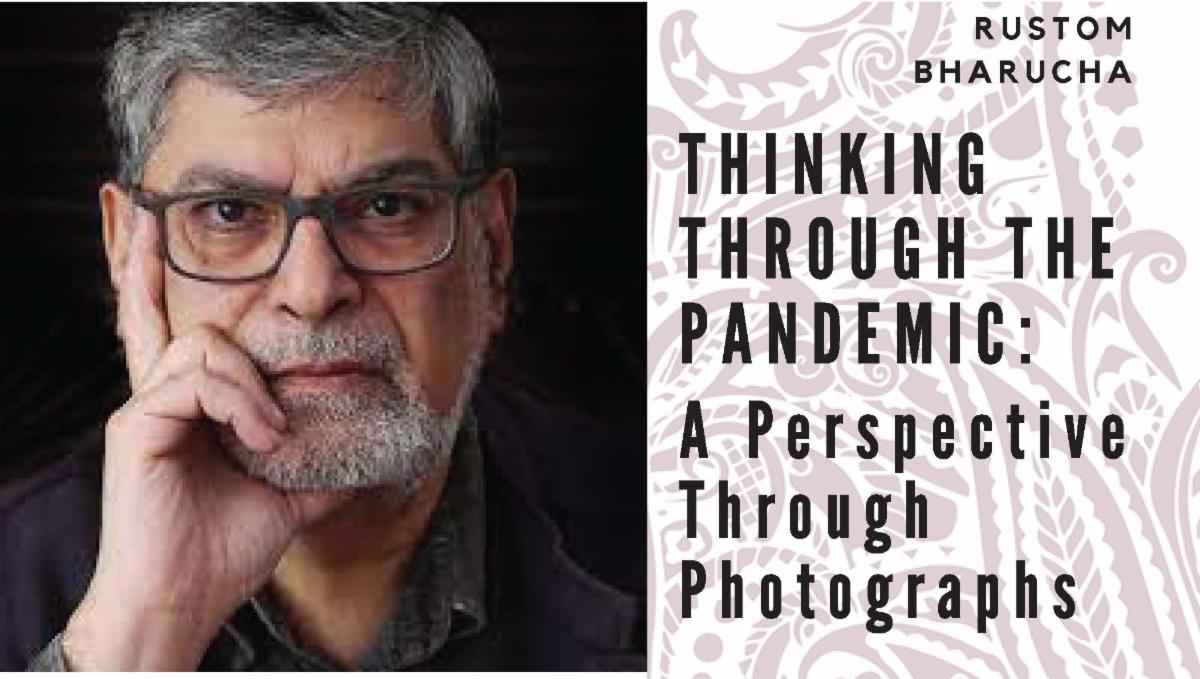 Thinking Through the Pandemic: A Perspective Through Photographs
Rustom Bharucha

Rustom Bharucha is Professor of Theatre and Performance Studies in the School of Arts and Aesthetics at Jawaharlal Nehru University, New Delhi, India. He is the author of several books including Theatre and the World, The Question of Faith, In the Name of the Secular, The Politics of Cultural Practice, Rajasthan: An Oral History, Another Asia: Rabindranath Tagore and Okakura Tenshin and Terror and Performance. A former advisor of the Prince Claus Fund for Culture and Development in the Netherlands, he has served as a consultant for the Arts Council in Ireland and Ford Foundation in the United States. More recently, he was the Project Director of Arna-Jharna: The Desert Museum of Rajasthan and the Festival Director of the Inter-Asian Ramayana Festival at the Adishakti Laboratory for Theatre Research in Pondicherry. 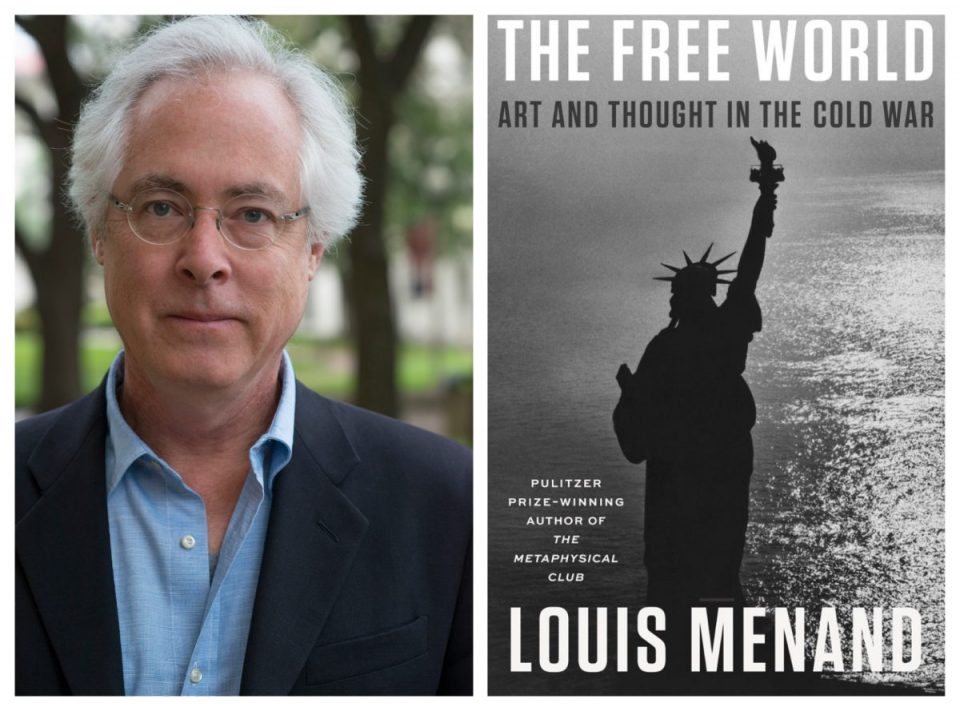 The Free World: Art and Thought in the Cold War
Louis Menand

The Cold War was not just a contest of power. It was also about ideas, in the broadest sense―economic and political, artistic and personal. In The Free World, the acclaimed Pulitzer Prize–winning scholar and critic Louis Menand tells the story of American culture in the pivotal years from the end of World War II to Vietnam and shows how changing economic, technological, and social forces put their mark on creations of the mind.

Louis Menand is Professor of English at Harvard University and a staff writer at The New Yorker. His books include The Metaphysical Club, which won the Pulitzer Prize in history and the Francis Parkman Prize from the Society of American Historians. In 2016, he was awarded the National Humanities Medal by President Barack Obama.

Drawing upon the expertise of scholars working on a range of cultures and contexts, including the Mediterranean, South Asia, and Nubia, this conference will offer a comparative exploration of ancient dance and performance practices. Faculty and staff interested in performance, the premodern world, and/or comparative cultural studies are warmly invited.

A new and highly informal series of gatherings this year, the Oakley Salon brings together small groups of faculty to talk about their scholarly and creative work in a casual setting over tasty snacks and drinks. We hope this will be an opportunity to get to know more about the projects of colleagues across disciplines. 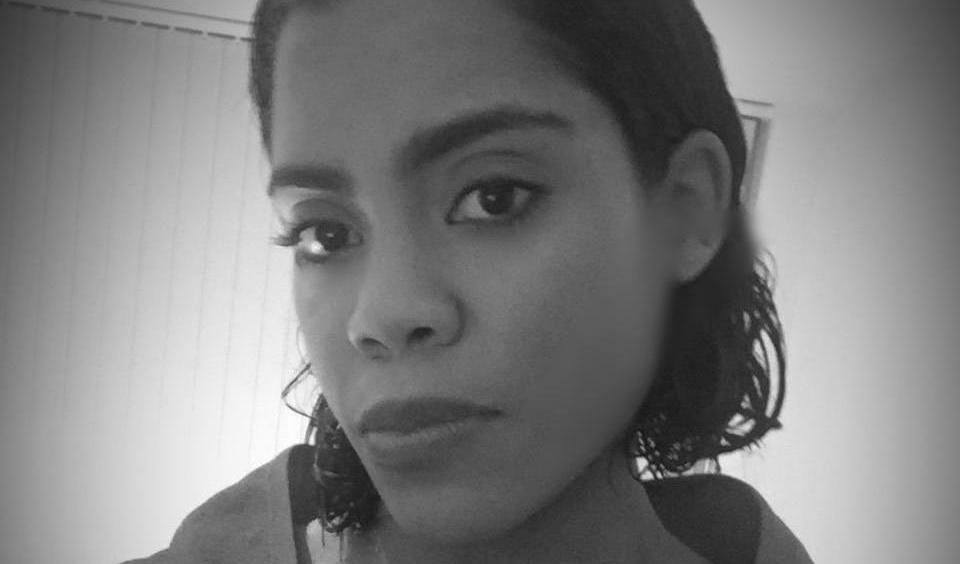 Rizvana Bradley is a scholar of cinema and media studies, and contemporary art, with a specific interest in the development of the moving image, and art installation. Her forthcoming book manuscript is a recipient of a Creative Capital | Andy Warhol Foundation Arts Writers Grant, and offers a critical examination of the histories and forms of racialized embodiment that move through a range of experimental artistic practices, which integrate film and other media. She is Assistant Professor of Film & Media, UC Berkeley.