Past Colloquia and Lectures 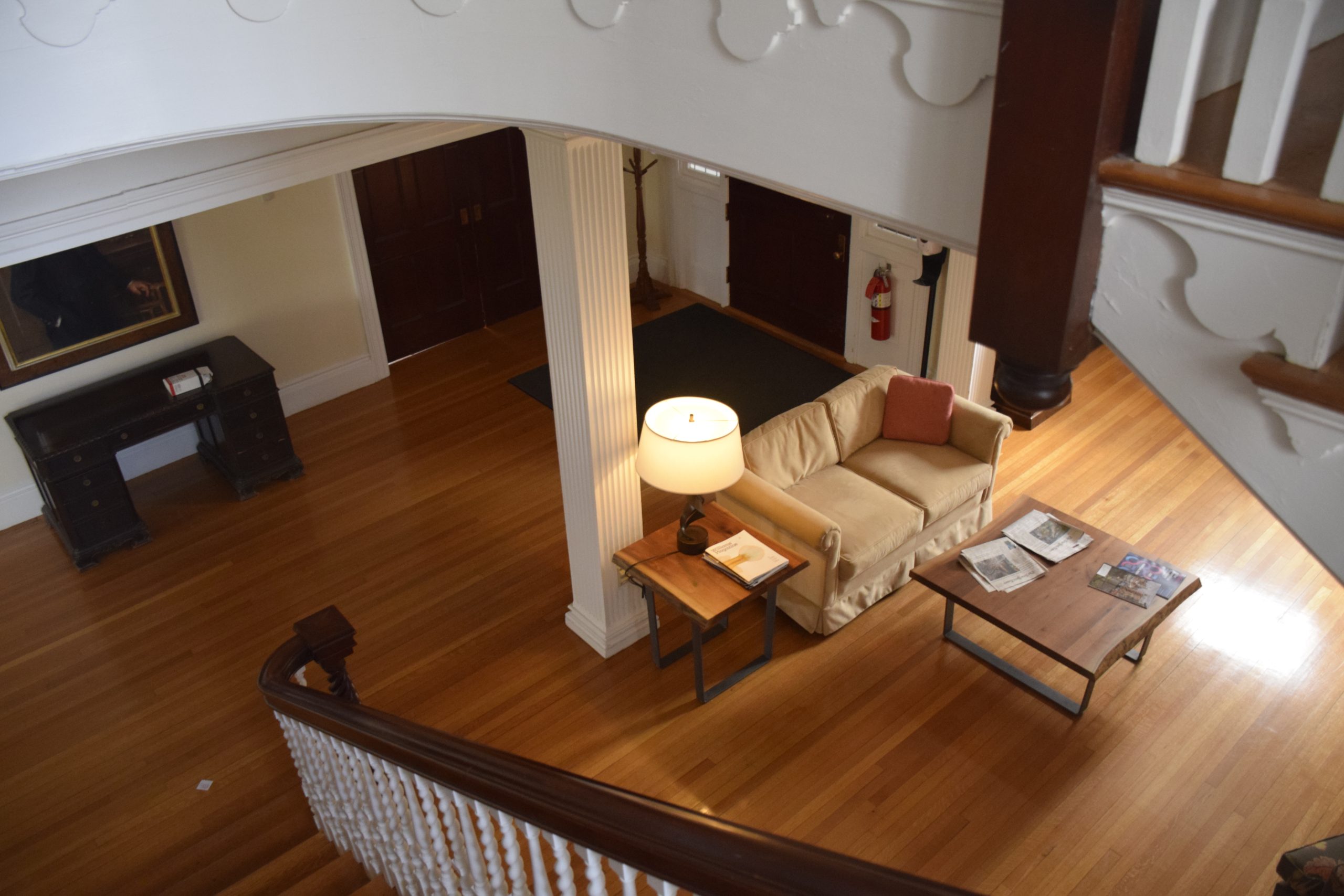 October 29 at 11:30 AM, 2021. Oakley Center Colloquium: Aamir Mufti (professor of comparative literature at UCLA) and Joseph Clearly (professor of english at Yale).

November 9 at 4:30, 2021. Akash Kapur (journalist and author) in conversation with Shanti Pillai (Assistant Professor of Theatre at Williams College).

December 14 at 4:30, 2021. Gayatri Gopinath (Director of the Center for the Study of Gender and Sexuality at New York University).

May 17, 2021, 7:00-8:30 pm: The Annual Weiss Lecture on Medicine and Medical Ethics delivered by Lauren Smith of the CDC Foundation: “The Ethics of Health Equity: Confronting Structural Racism in Medicine and Research”

May 18, 2021: Michael Thomas, “A Talk about Inspiration and Instruction Across Racial, Cultural, and Economics Lines”

April, 2019. Oakley Center Colloquium: Brian Copenhaver (Professor of Philosophy, UCLA). "The Famous Oration by Gionvanni Pico della Mirandola: What's Dignity Got To Do With It?

November 14, 2017. Oakley Center Colloquium: Jamil Ragep (Richmond Visiting Professor; Canada Research Chair in the History of Science in Islamic Societies and co-Director of the Centre for Islam and Science, McGill University). "The Clash of Civilzations: Evidence from Premodern Science."

May 5, 2018. Weiss Lecture on Medicine and Medical Ethics delivered by Anita Allen (Vice Provost for Faculty and Professor of Law and Professor of Philosophy, University of Pennsylvania). "The Female Patient: Privacy, Risk and Professional Ethics."

October 13, 2016: Jafari Allen (Professor of Anthropology, University of Miami),
“There is a Disco Ball Between Us: The Ethnography of an Idea.”

February 14, 2017: Guy Hedreen (Professor of Art History, Williams College), “The
Image of the Artist in Archaic and Classical Greece: Art, Poetry, and
Subjectivity.”

May 4, 2017: Rita Felski (Professor of English, University of Virginia), “The Limits of
Critique.”

Feb 24: Fredrika Spindler (Richmond Visiting Professor, Philosophy, Södertörn
University): “After the Subject, Who Comes?”
March 2: Susan Engel (Psychology, Williams): “The End of the Rainbow: How
Educating for Happiness (Not Money) Would Transform Our Schools”

April 7: Jeff Nunokawa (English, Princeton University): “The Life You Write May
Save Your Own”

May 9: Alice Goffman (Sociology, University of Wisconsin-Madison): “The Lasting
Impact of Fleeting Experience”

Dec 3: Colin Dayan (English, Humanities and Law, Vanderbilt University): “With
Dogs at the Edge of Life”

December 2, 2014: LIESBETH KOENEN (Dutch linguist, author and science writer), “Nature’s Laboratory: A Talk about Talk and the Case with Cases.”

May 2, 2014. The annual Weiss Lecture: Martin Wilkinson (Professor of Political Studies, University of Auckland), "Ethics and the Allocation of Organs."

April 8, 2013. The annual Richmond Lecture: Lawrence Principe (Drew Professor of the Humanities in the Department of History of Science and Technology and the Department of Chemistry, The Johns Hopkins University), "Alchemy's Secrets Revealed."

April 12, 2013. Oakley Center Colloquium: Lennard Davis (Distinguished Professor of English at the Univeristy of Illinois at Chicago, School of Arts and Sciences, and Professor of Disability and Human Development in the School of Applied Health Sciences and Professor of Medical Education in the University of Illinois College of Medicine), "'The End of Normal: Diversity and Disability." View guest bio and event invitation here. (This event was rescheduled from its original date, March 8, due to inclement weather.)

May 2, 2013. The annual Weiss Lecture: Maggie Little (Professor Philosphy and Director of the Kennedy Institute of Ethics, Georgetown University), "Abortion, Conscience, and the Ethics of Provision." View guest bio and event announcement here.

March 5, 2012. Oakley Center Colloquium: Kristen Brustad (Professor of Arabic, University of Texas at Austin), "A Revolution in Language: Practice and Ideology in Arabic."

March 14, 2012. Oakley Center Conversation with author Nicholas Carr. "The Shallows: What the Internet is Doing to Our Brains."

October 2, 2010. "The Place of Taste: An Exploration of Food Culture, and Community." Event organized by the Williams College Museum of Art and co-sponsored by the Oakley Center, among other Williams departments and centers, and Gastronomica.

November 30, 2010. Siddhartha Mukherjee, MD, PhD (Columbia and CU/NYU Presbyterian Hospital), "The Emperor of All Maladies: A Biography of Cancer." The annual Andrew B. Weiss, MD, Lecture on Medicine & Medical Ethics.

January 20, 2011. Oakley Center Colloquium: Robert B. Pippin (U Chicago), "Agency and Fate in Orson Welles's The Lady from Shanghai." Colloquium in the Oakley Center living room.

March 3, 2011. Sherry Turkle (MIT), "Alone Together: The New Intimacies and Solitudes of the Digital Age." The Richmond Lecture, Brooks-Rogers Recital Hall. Free and open to the public.

April 14, 2010. Oakley Center Colloquium: Toril Moi (Duke), author of Sex, Gender and the Body, Simone de Beauvoir: The Making of an Intellectual Woman, and other works; "Something that might resemble a kind of love: Fantasy and Realism in Henrik Ibsen's Little Eyolf."

September 24, 2009, Daniel Dennett (Tufts). The Richmond Lecture: "Darwin and the Evolution of Reasons."

January 21, 2010, Pepón Osorio, artist, "A Methodology for Creating Art in the Community."

March 2,2010, Nicholas Dawidoff, "Getting a Life: Notes on Biography and Autobiography." Dawidoff is the author of The Catcher was a Spy: The Mysterious Life of Moe Berg (1994) and In the Country of Country: A Journey to the Roots of American Music (1998), among other works of non-fiction. March 1 addendum: Dawidoff's article, "Race in the South in the Age of Obama," appeared in the February 28 issue of the New York Times Magazine.

September 23, 2008, Claudia Stevens (independent actor and playwright) presented her one-woman play Blue Lias, or the Fish Lizard's Whore, at the Centerstage, '62 Center for Theatre and Dance.

April 23, 2009, Michael Walzer (Institute for Advanced Study), "On just and unjust wars, with particular attention to terrorism and counterinsurgency warfare."

October 17, 2007, Nathan Englander (Writer). Will discuss his recent work, including The Ministry of Special Cases.

May 1, 2008, Madhavi Sunder (Yale/UC-Davis Law), "The New Enlightenment: How Muslim Women are Bringing Religion Out of the Dark Ages"

September 14, 2006, Adam Phillips, "On What is Fundamental: Psychoanalysis and Fundamentalism."

September 15, 2006, Adam Phillips (This colloquium was based on a selection from Phillips's forthcoming collection of essays, Side Effects.)

October 5, 2006, Margaret Livingstone, Harvard Medical School, "A Conversation on Art and the Biology of Vision"

October 30, 2006, Mieke Bal, University of Amsterdam, "Re-reading Rembrandt for Our Time: Painting, Philosophy, and the Relation to Sources "

November 14, 2006, Matt Houlbrook, University of Liverpool, "The Man with the Powderpuff in Interwar London"

Covid-19 is an ongoing concern in our region, including on campus. Safety measures are in place, and campus community members and guests are additionally advised to take personal precautions. See the college's Covid-19 website for information about campus policies. For the latest research and recommendations from the CDC, visit cdc.gov/coronavirus.

No events are listed.